Thomas Van Haeperen is the founder and musical director of Sturm und Klang. With this ensemble he explores the music of today and has given numerous world premieres and Belgian premieres of contemporary works (Bosse, Darbellay, Deleuze, Devaux, d’Hoop, Dillon, Fafchamps, Fuentes, Guerrero, Lenot, Leroux, Mittmann, Murail, Oelbrandt, Pesson, Rens, Schnittke, Slinckx, Tsilogiannis, Van Rossum, Widmann, Yeznikian, Zhang, etc.) and has made several recordings. He is also passionate about the great classical, romantic and 20th century music repertoire. Thomas has been invited to conduct the Orchestre National de Belgique, Musiques Nouvelles, EuropaChorAkademie, Pauliner Kammerorchester, ON, Vibrations, Dextuor, Leipzig University Orchestra and Choir, and was assistant conductor at La Monnaie. A pedagogue who is sensitive to working with young people, he is also a violin teacher and head of an orchestra class at the Brussels Academy of Arts and is regularly responsible for conducting orchestra sessions at Royal Conservatories and higher music education institutions.

A laureate of the Belgian Foundation for Vocation, he studied conducting in Germany, in Leipzig with Wolfgang Unger, and then during masterclasses in Mainz with Sylvain Cambreling, to whom he owes the combination of rigour and sensitivity in the interpretation of the contemporary repertoire. Thomas Van Haeperen, a violinist with a Higher Diploma from the Royal Conservatory of Brussels, also obtained a Master's degree in philosophy at the UCLouvain, which leads him to conceive his projects in resonance with everything that unites music, thought, memory and time. 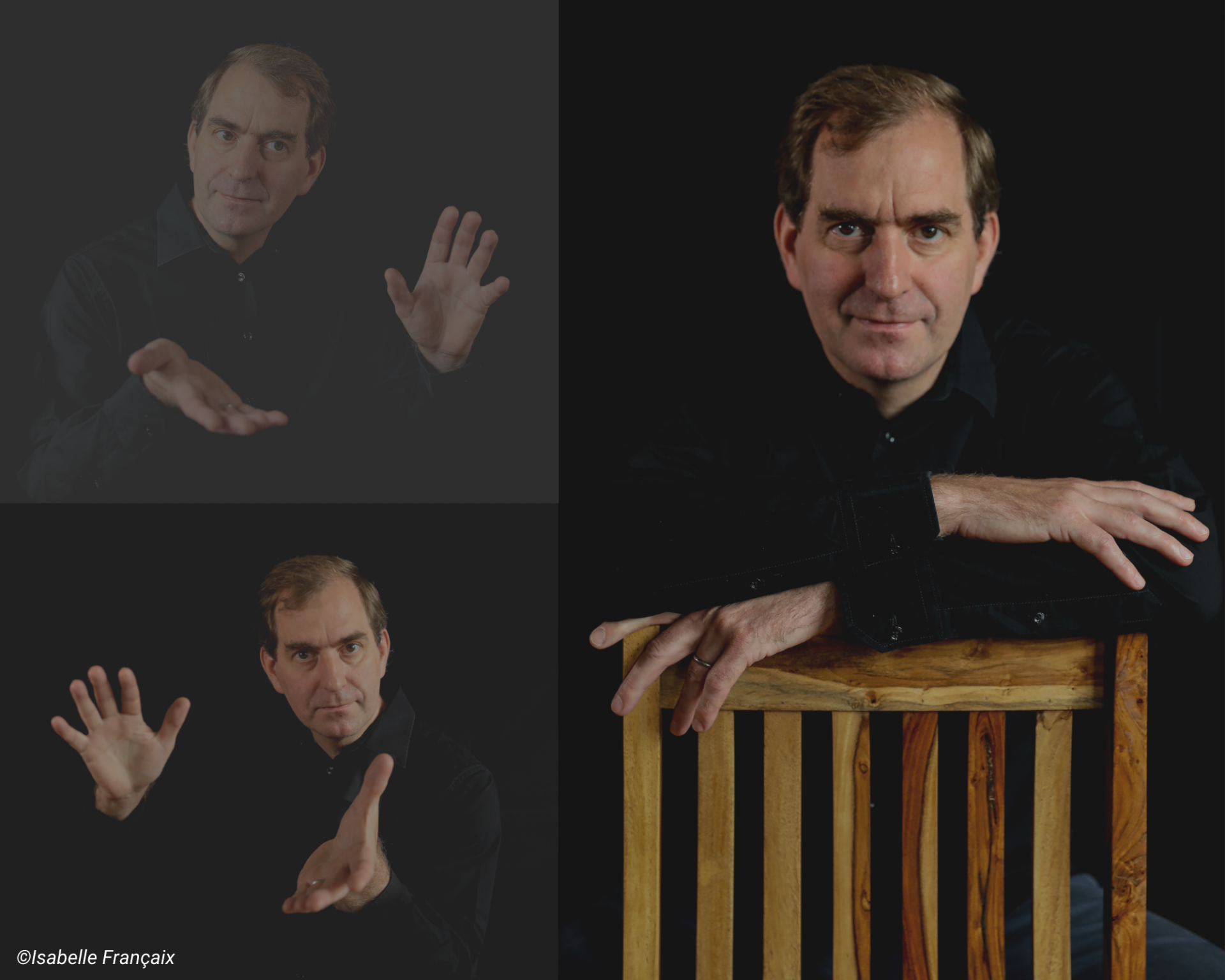